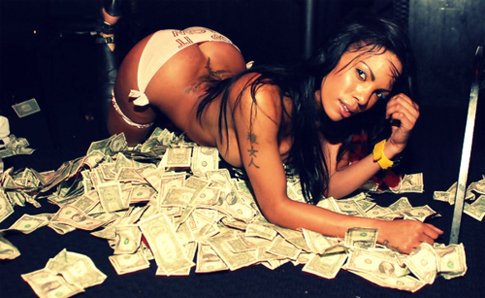 It’s almost over a month now since Jah Prayzah released the hit song Watora Mari  and all this while at Zimbuzz we just couldn’t figure out what the song was all about, until now.

Jah Prayzah is fantasying and falling in love with a stripper, Yes you read that right!!

Here is the evidence:

Translation: when you shake your ass you get all the money

Now this doesn’t need any explanation at all, strippers shake their booty and men throw their money at them. Simple.

Another clear evidence of a strip club scene,at this stage the stripper is still in a bit of clothes and Jah Prayzah is dying of curiosity and he begs for more skin: “baby show me something more,coz am falling every minute for you”

At this point, Jah Prayzah tells the stripper that her dance moves have fully facilitated for his boner and his pants are about to explode (ndatatamuka kunge ndandi)

Finally, Jah Prayzah falls in love with stripper and he confesses his love for her,knowing how silly that is, he tells his mother that he is not a vagabond he is just simply in love with a lady on the pole and is willing to spend all on her (musati ndiri rombe amai kani)

Now the question that begs is Why would Jah Prayzah dedicate a song to a stripper? Why would the Uzumba-raised man pen a pure ego booster song for the ladies on the pole?

Now that you have a clear understanding of the song,go head and listen again,using the above evidence.