Sometimes as men, we just want to seat on the couch and watch the CNBC channel and follow the financial markets and we do this often trust me ladies. 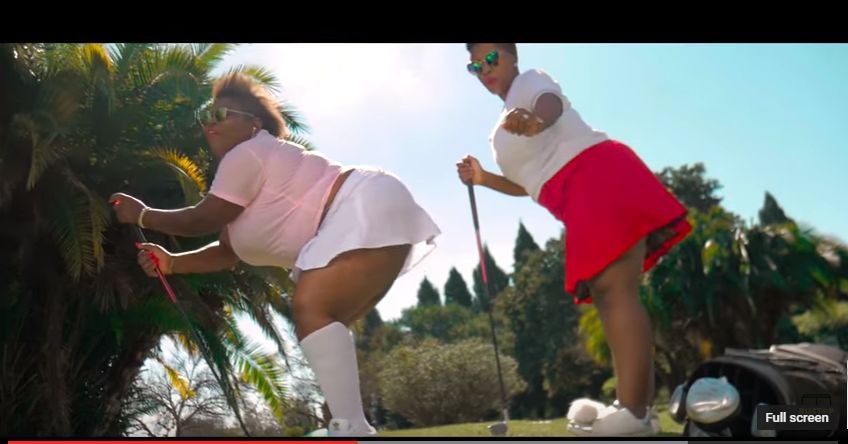 We also dedicate time to discuss the war in Syria as well as understand why it took Switzerland a long time before joining the United Nations.

The double thigh dose by these two sexy women will make every man’s blood to rush in one direction independent of their brain function.

Also Read: Five Zim Women We Would Love to See in A Bikini

This is the thing that Andy Muridzo must have had in mind when he penned this dedication to Gonyeti.

The video maintains that comical side of Bustop TV as it features Madzibaba who at one point attempts successfully to do that dab dance move in his church garment.

It appears Gonyeti is on a golf picnic with this white-bearded man who in Madzibaba fashion is having his ‘tea hobvu’ on course at Chapman Golf Club.

Meanwhile, there is a mischievous security guard who is catching a glimpse of Gonyeti’s assets using binoculars.

He takes his fantasy a little bit far when he decided to go and have a dance with Gonyeti on the golf course, the result is him sprinting away from a furious madzibaba who want to beat the thirst out of him.

There is only one disappointing thing about the video, it’s way too short.

At 2:14 seconds it leaves you wanting more.

Watch the video Below

We Deserve More than just One Song from Trevor D & Muridzo

Misred explains Hot Pic that has broken the Internet

Meet the Winners of the ‘MisRed Prom Makeover 2018’