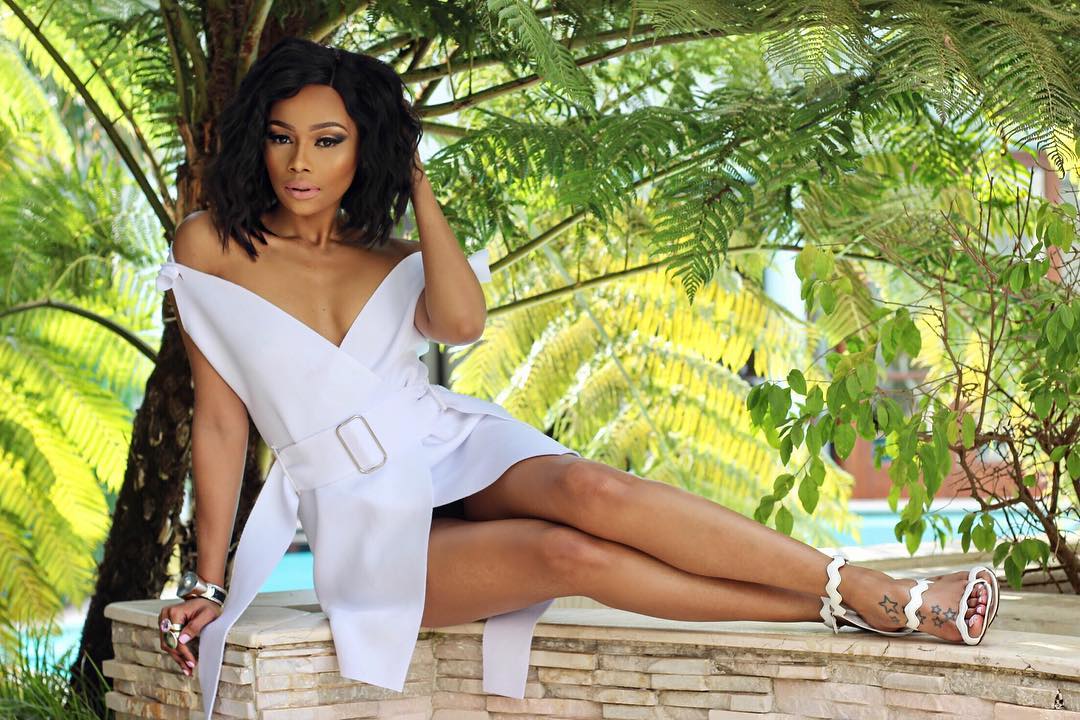 Famous South African Television and Radio personality Bonang Matheba is in Harare where she was spotted at a local hotel.

Queen B posted a few Instagram videos of her view from the Meikles Hotel where she is booked, this won’t be the first time that she has stayed at the five star hotel.

In 2015 she posted an almost identical picture of the balcony view, perhaps she is also booked in the same room she was that year.

She is believed to be here for some business although details are still sketchy.

She received a royal welcome in the form of a bouquet of flowers from award-winning Luxury Event Designer and Fashion Stylist Craig Zoowie.

The roses were accompanied by a sweet message which read: “Welcome to Zimbabwe Darling…. Craig Zoowie xoxo.”

Craig Zoowie once hosted a birthday party for himself and had two thousand roses on display.

Bonang once visited Zimbabwe during the famous all-white party that was hosted for Queen Vee’s birthday, during that visit she was picked from the airport with three black Range Rovers together with erstwhile friend Somizi.