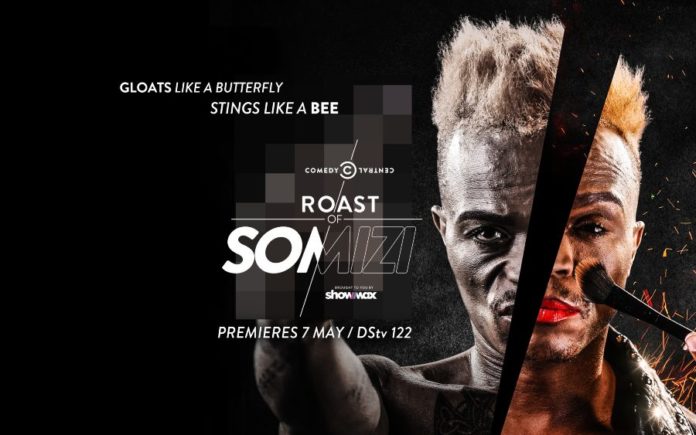 The popular format sees an illustrious panel assemble to “roast” each other before getting to the Roastee. International celebrities have over the years hilariously and flamingly insulted each another, including Justin Bieber, James Franco and Donald Trump.

In South Africa, the Comedy Central Roast of Somizi will be the third local iteration of the international format, with previous Roastees being Steve Hofmeyr and Kenny Kunene.

Somizi is one of the most dynamic media personalities in that country, having so far enjoyed a successful career on radio and television with no end in sight on bigger opportunities for one of the brightest shining stars in SA.

Somizi Mhlongo added, “I am really excited to be the Roastee. The moment Comedy Central approached me I grabbed the opportunity.

“I have always wanted to be part of this project. I have what it takes to handle the heat because I am thick skinned.

“Despite my trials, I am here standing and ready for the next bout. I’m definitely up for this, especially when I get to have the last laugh at the panellists.”

The Bold and the Beautiful Now On DStv’s EVA CHANNEL