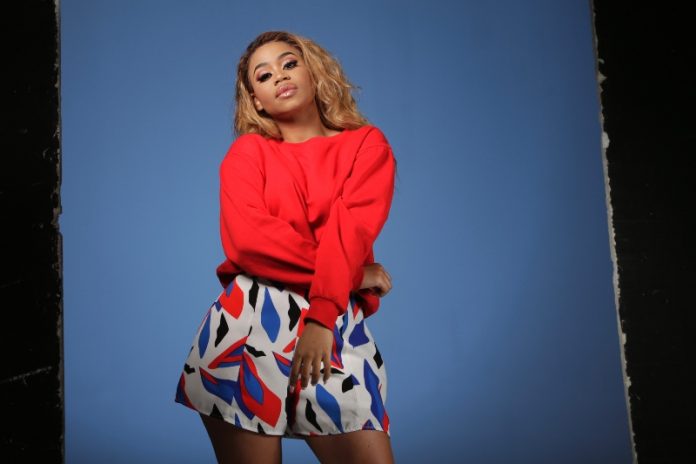 The Amapiano vocalist took the award at a powerful ceremony which included a line-up of artists, entertainers, cultural icons and inspiring humanitarians across 21 categories which all took place virtually on Monday 29 June 2020.

An overwhelmed Sha Sha shared her shock and excitement via a Tweet as soon as she was announced the winner.

The show was broadcast virtually in response to safety precautions in light of the COVID-19 pandemic, marking a first for the network.

2020 marks both the 20th anniversary of the awards and BET’s 40th anniversary. This year’s show highlighted the absolute best in entertainment, social justice and culture with moving performances and appearances by some of the biggest names across television, film, and music; spreading and inspiring an important message of hope and change.

This year’s awards used an array of innovative techniques, including stunning and dynamic artist-generated performances and packages, allowing the audience to immerse themselves in the important and inspirational messages of Black Lives Matter and the urgent need for racial equality.

The ceremony was an extraordinary celebration of black culture, love, joy, and pride, setting a new bar for awards shows produced during the ongoing pandemic.

Winners in the 21 categories were selected by BET’s Voting Academy, which is made up of fans and an esteemed group of entertainment professionals.

Many performances addressed the killings of Black men and women while in police custody, the Black Lives Matter movement and the protests over police violence and some performances also referenced the coronavirus pandemic, incorporating COVID-19 into lyrics or masks into the performance.

The show was hosted by comedian and actress Amanda Seales.

The complete list of the 2020 BET Awards winners is:

SPORTSWOMAN OF THE YEAR
SIMONE BILES

SPORTSMAN OF THE YEAR
LEBRON JAMES