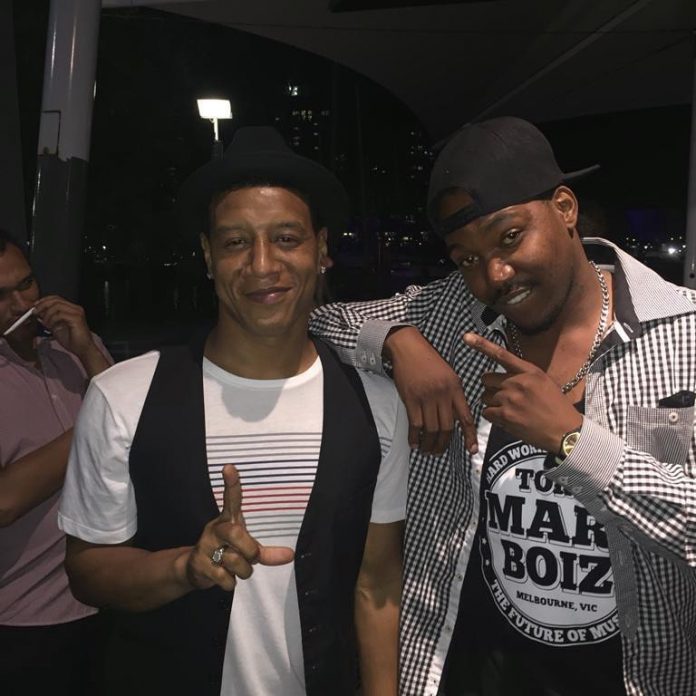 Australian based dancehall artist Farai Larry Makombe popularly known as Slicker 1 has been featured on by Marvin Priest on a collaboration titled Tequila.

The song will be available on Marvin’s album.

Marvin Priest is a British-Jamaican artist and is the son of legendary reggae singer Maxi Priest.

Marvin has covered many genres of music including reggae and pop music and started his career in 2008 performing with his father around the world. He found his first break signing to Island/Universal records and in 2011 released his debut pop studio album, Beats and Blips.

Explaining how the collaboration came about, Slicker tracked it back to 2016.

“We linked up in 2016 when Marvin came on tour with his father Maxi Priest and I was one of the opening acts,” he explained.

“After the show, backstage we did some freestyles and instantly connected, I gave him a copy of my first official debut album and he was impressed with the body of work and we planned to work together in the future.

“So when the time came when he needed to feature someone he then hit me up with the Tequila demo and he explained to me the vibes, it was easy to jump on because it was a great record,” he added.

He said the song Tequila was a party jam since all of us like to let loose sometimes after a day of hard work.

Slicker 1 who grew up in Highfield in Harare before moving to Australia recorded his first reggae song in 2014 called Shingirira and the song would shape his reggae-dancehall career.

He has since collaborated and worked with Dizzy Dee, Amac Don as well as artists from South Africa, Jamaica, Australia, USA, Canada, UK, Nigeria, Kenya, and South Sudan.

He has of late recorded a song with multi-award-winning star Freeman.

Turning to what inspires him to write music Slicker1 said as an artist he draws inspiration from nature, surroundings, memories, emotions, books, and the life struggles

“I try and tackle all topics of interest in life from party songs like Tequila and Paita Party to deeper meaningful and motivational songs like “believe” and Shingirira,” he said.

As part of the promo, Zimbabwean celebrity dance choreographer John Cole will run a #Tequila dance challenge on his social media platforms