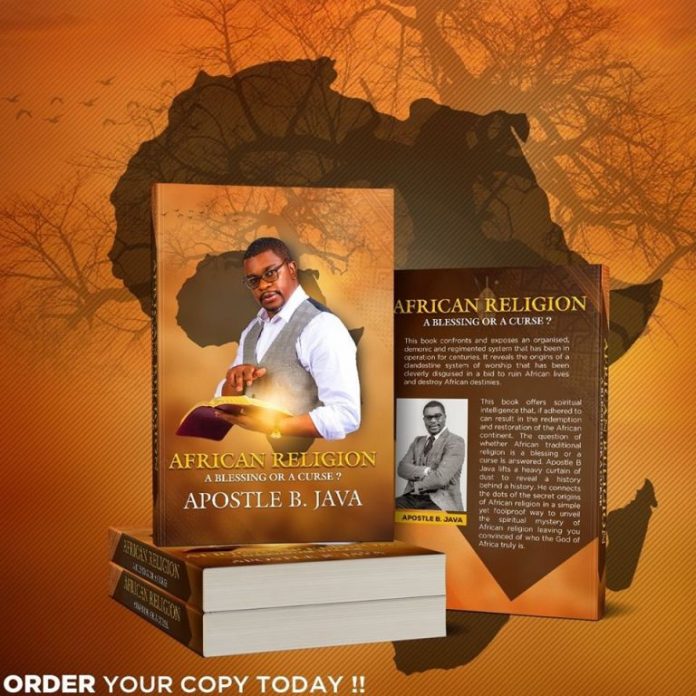 Since the days of colonisation which introduced the element of worshipping God to Africa to this day there has always been a conflict regards which method of worship is best for Africans.

Some say Africans were already worshipping God through their own system but the white men came and changed their views making many of them shun their ways and embrace the God of the whites and their ways of worship.

Now to add to this unending debate, renowned preacher and teacher of the gospel of Christ Jesus, Apostle Batsirai Java will on Monday release a book titled African Religion, A Blessing or a Curse in which he reveals how cultic African religion is.

African Religion, A Blessing or a Curseis set to divide opinions in society sees Apostle Java bringing to the fore certain things that have seen Christians being limited in their spiritual growth and prosperity in general because they are continuously participatingin things they should have abandoned the day they were born again.

“In this book, we exposed through thorough research and verification how the vadzimu to Mwari cult emanated from. The ancestral worship we call our own here in Africa actually started in the Middle East in Mesopotamia to be specific and it is idolatry,” highlighted Java.

Apostle Java also reveals the different ranks of idols that were present in Mesopotamia.

“They had a god responsible for various things such as fertility, rainmaking and even global dominance. This god is one of the oldest idols to be worshiped in ancient times. To worship their god’s there would raise altars and appoint priests and prophets who would minister on the altar.

“It is on these altars that human sacrifices were made annually to the god’s which gave them an appetite to gather as many slaves as they could because they god’s were fed using blood,” he reveals.