A memorable partnership between Sikandar Raza and Innocent Kaia gave Zimbabwe their first ODI win over Bangladesh in nine years after a hard-fought run chase in Harare on Friday.

After recording their first ever bilateral T20I series win at home, Zimbabwe have started the ODI series on a positive note with their fourth successful run chase of 300 or more in ODIs in Harare on Friday.

Conceding 303/2 after opting to bowl first, Zimbabwe’s hopes were dashed early when the openers fell inside the first two overs to leave them reeling at 6/2. Wesley Madhevere was run out after a promising stand, but Zimbabwe found Sikandar Raza coming to the rescue again.

In the company of Innocent Kaia, Raza helped Zimbabwe out of the rut and into the driver’s seat. The duo kept going, pushing down the required rate with a perfectly-paced partnership.

Kaia completed his maiden ODI ton while Raza compiled his fourth as the duo put on a 192-run partnership, the third-highest ever for Zimbabwe in ODIs. Hamilton Masakadza and Raza himself hold the record for the highest stand (224 runs) against Afghanistan in 2014.

Even when Kaia was eventually dismissed for 110, Zimbabwe were well on course to seal the game. Raza remained unbeaten on 135 as Zimbabwe registered a memorable win for the ages.

This was Zimbabwe’s third highest run chase, with the top one coming eleven years ago against New Zealand in Bulawayo. This was also their second ODI win in 2022, having beat Sri Lanka in Pallekele in January this year. 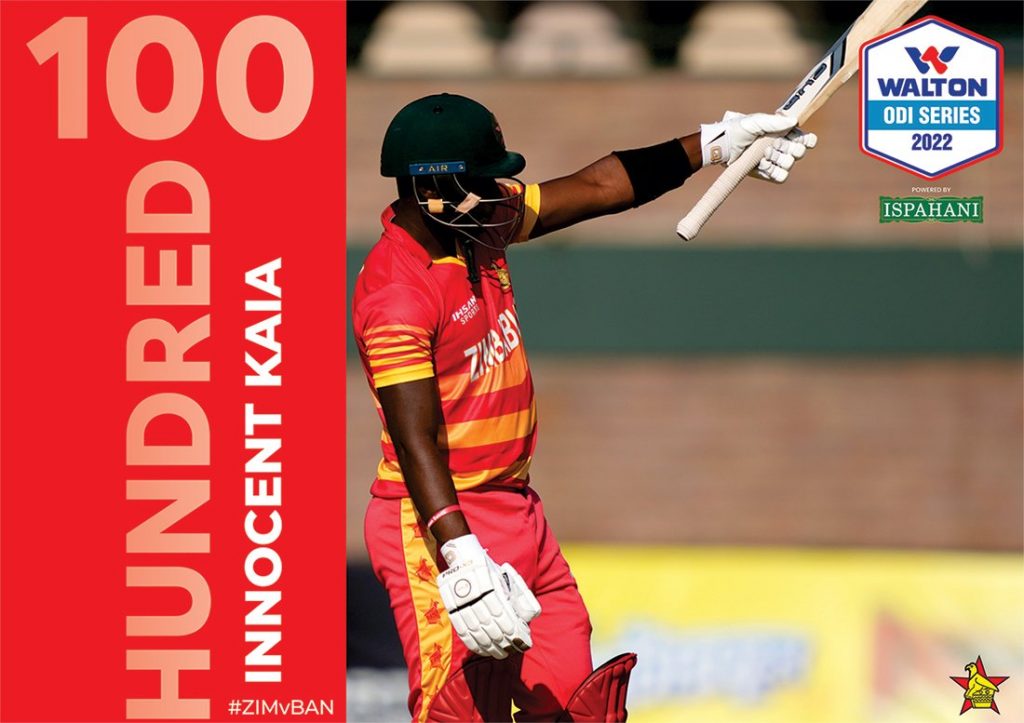 Notably, this is Zimbabwe’s first win in ODIs against Bangladesh since they beat them in Bulawayo in May 2013. They had lost 19 successive ODIs to Bangladesh in between.