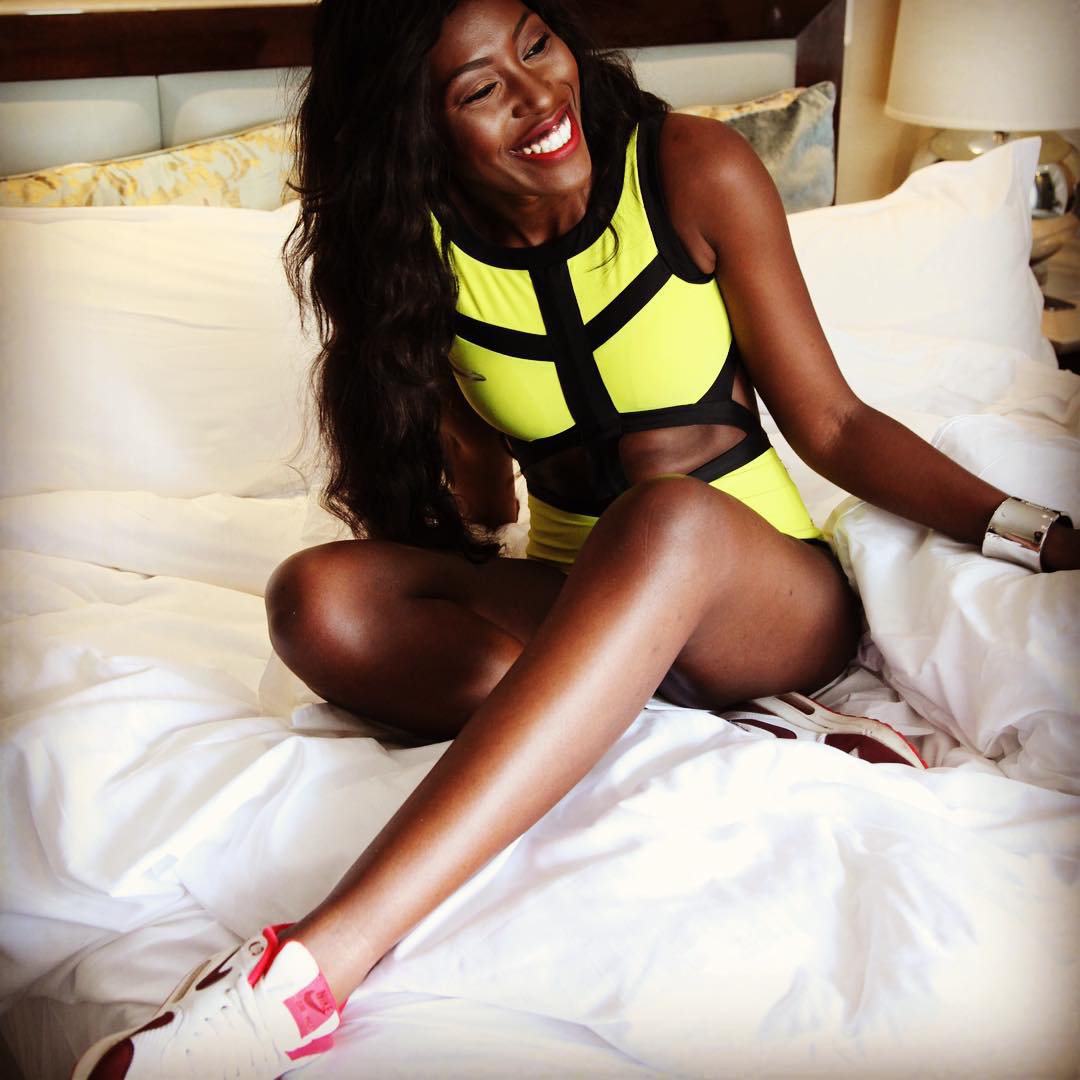 Our this week’s pick for Woman Crush Wednesday is Vimbai Mtinhiri aka Miss Vimbai.

Vimbai Mutinhiri (born 18 February 1987) is a Zimbabwean actress, model and television personality. She was born in Harare, Zimbabwe but raised in different countries.

Prior to participating in Big Brother Africa Amplified in 2011, she studied in South Africa graduating from the University of Cape Town with an honours degree in politics, philosophy and economics.

Vimbai is the youngest of four children of Ambrose Mutinhiri and Tracy Mutinhiri.

In 2011, Vimbai took part in Big Brother Africa season 6 (Amplified) and was the 16th housemate to be evicted, on Day 84

In 2012, Vimbai was selected to co-host Star Gist a daily showbiz entertainment programme, which premièred on Africa Magic Entertainment Channel on MultiChoice’s DStv on 11 June 2012

She has gone on to host major African events, notably the first ever Africa Magic Viewers Choice Awards brocast live to 54 countries from Lagos, Nigeria.

Currently the Face of Castle Milk Stout (Cameroon), she has also been on the runway at the SA Fashion Week and the Zimbabwe Fashion Week.

#WCW to the girl next Door !

#WCW – We are crushing on Skyz Metro FM’s Donna N