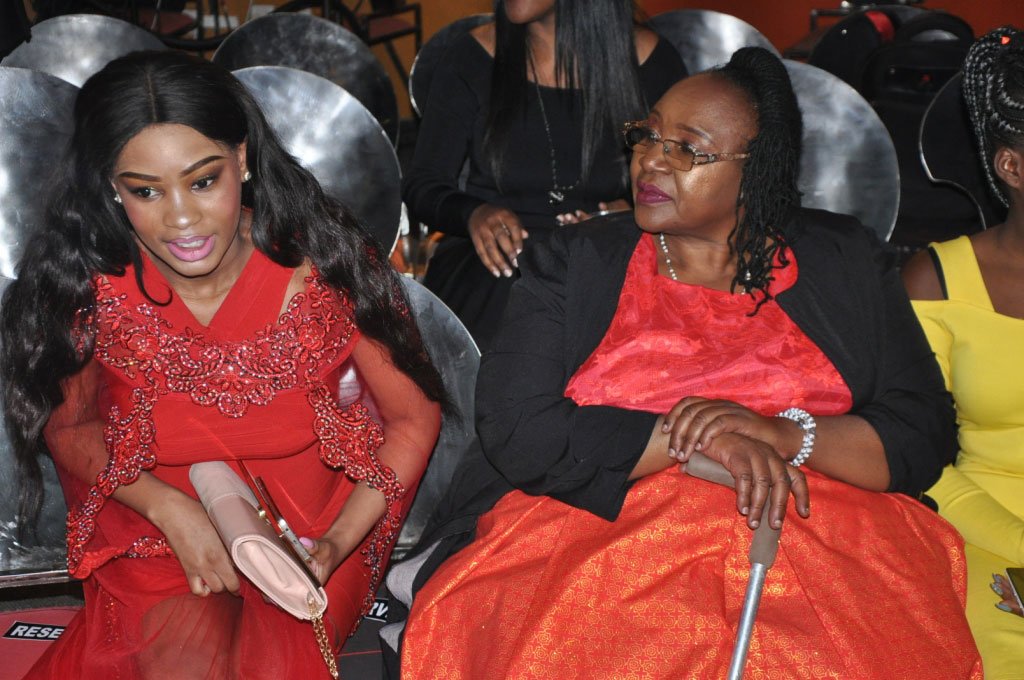 Dione and her mother-in-law are the coolest family in showbiz right now, the two have a new found bond  — they love to colour-coordinate their clothes.

The two showed just how much they are getting along when they both stepped on the red carpet during Stunner’s album launch wearing identical red colour.

A pregnant Dionne looked very comfortable alongside her mother-in-law as she followed proceedings from her fiance’s album launch tonight at the Alliance Française in Harare.

This was the first time that Stunner’s mother was seeing his son perform live in a career than spans more than a decade.

During his performance, Stunner would frequently gaze at the two who were seated on the front row and each time he did it with a smile.

Now there is nothing cuter than this…… Happy people.