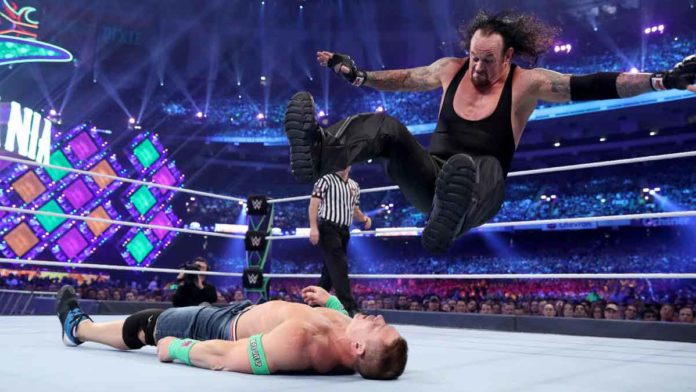 In the very building where The Undertaker’s Streak met its demise, The Last Outlaw rose from the abyss and laid John Cena to rest in quick and brutal fashion, giving the 16-time World Champion exactly the kind of legacy-affirming match he asked for — though, perhaps, not the one Cena had thought he’d get.

For Cena, the opportunity to face Undertaker was less about getting one over on the WrestleMania legend and more about putting on an epic, sui generis showcase that was free of politics or championship implications.

He got pretty personal in his attempts to bring Undertaker back, but The Phenom’s continued silence left Cena more disappointed than anything. It seemed that The Deadman was content to call it a day after losing to Roman Reigns at last year’s WrestleMania.

Cena, too, had resigned himself to the front-row seat he had initially chosen to take when The Deadman failed to respond to him. 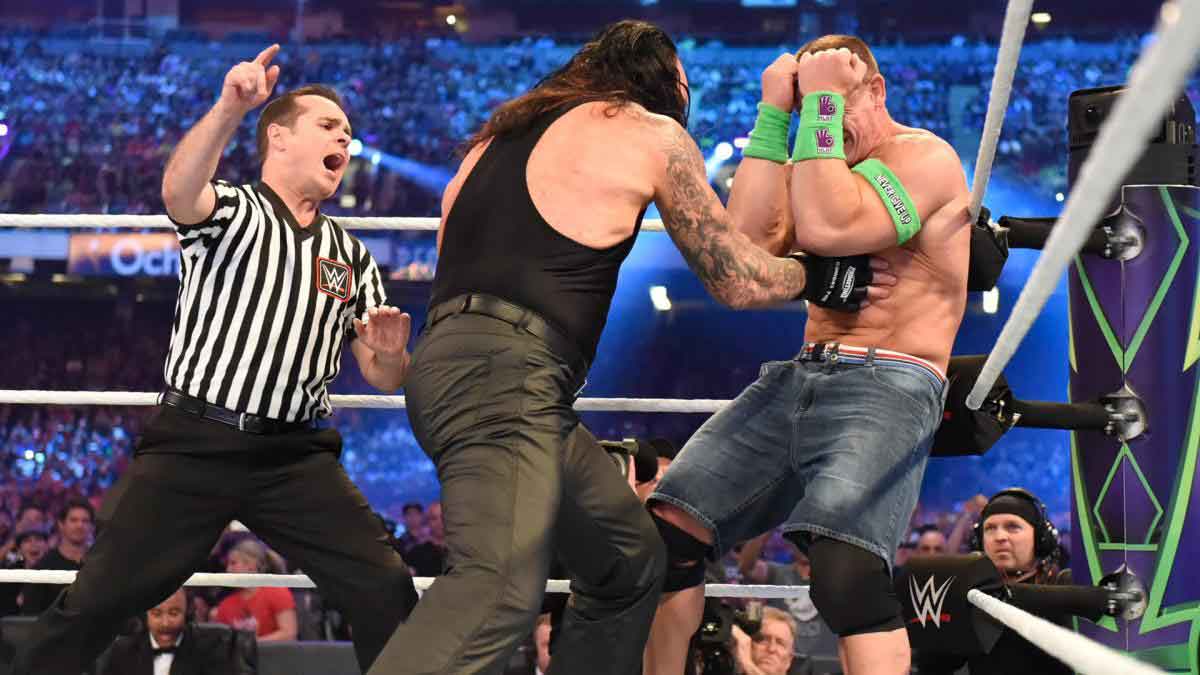 And the arrival of Elias — a great hoodwink by the Raw Superstar — enraged Cena to the point that he had no choice but to punk him in the ring. And then The Deadman finally answered.

This was The Undertaker in perfect form, from the ghoulish theatrics — his duster and hat reappeared in the ring, then vanished in a bolt of lightning before the man himself arrived — to the epic entrance, to, especially, what happened inside the ring.

Quickly, it became apparent that Cena was not going to get the 12-round battle between living legends he was advocating for.

Here are all the WrestleMania 34 Results

WrestleMania 34 truly lived up to its reputation as the greatest WWE event of the year, with six new champions crowned.

WWE Women’s Revolution as Evolution Hots Up – Live on DStv

Heartbreaking!! John Cena and Nikki Bella Have Split Up