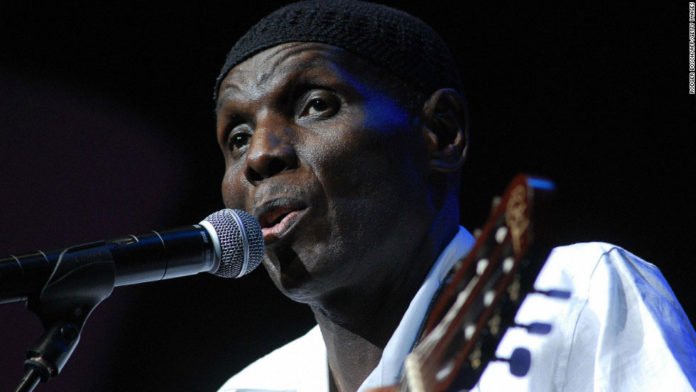 After staging an epic show at the Artscape Opera House in Cape Town last year, music promotions company Xtratime Entertainment and Tuku were Saturday honoured for their excellence.

“Thank you very much for the congratulatory messages for ZimAchievers award won last night,” said Tongai Mbidzo of Xtratime Entertainment.

The “Tuku @ 65” birthday celebrations, which were first held at Pakare Paye Arts Centre in Norton before continuing to Cape Town on 18 November was a response to the growing cries from the residents who said they had not had a Tuku show in 2017.

Meanwhile, Xtratime Entertainment has announced that Back by popular demand
Oliver “Tuku” Mtukudzi will be back Live in Concert in Cape Town Friday 15 June 2018
at the same Artscape Opera House.

Tickets for the show are already available at Computicket, The show will be introducing tracks from Oliver Mtukudzi’s 67th Album titled Hany`Ga (Concern)

The Zimbabwe Achievers Awards (ZAA) South Africa also honoured Dr Oliver Mtukudzi with an honorary patronage for his contribution to music, film, and the arts industry, as well as for decades of philanthropic work.

ZAA Chairman Conrad Mwanza hailed the legendary musician as a cultural icon who has served his nation with remarkable distinction.

“We are proud to honour Tuku for his outstanding contribution to the music and entertainment industry,” said Mwanza.

“He has been an active and industrious member of various charitable organisations over the years. His worldwide involvement with UNICEF as a Goodwill ambassador for the Southern African region has been both influential and inspirational in shaping our African continent,” he added.

Tuku’s artistic genius has been critically acclaimed by experts and fans across the globe.His brand of music has become an iconic sound and has also challenged Zimbabweans to rethink certain prejudices and preconceptions of the African culture.

As one of Zimbabwe’s most renowned and recognised voices to emerge from the country onto the international scene, and with over 65 albums to date, he has a devoted following across Africa and Europe.

Oliver Mtukudzi remembered at the GRAMMY Awards In Memoriam segment