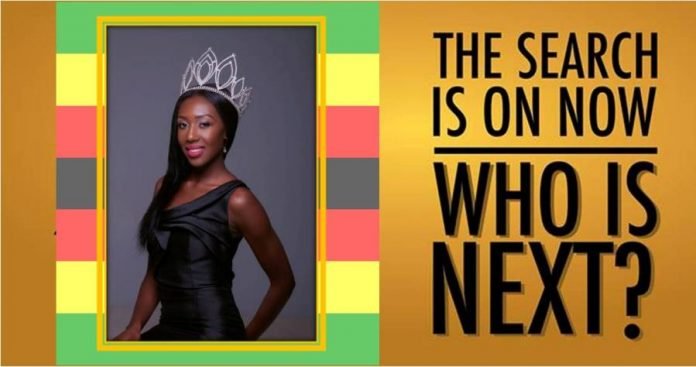 The search for the Miss World Zimbabwe finalists is still open after the weekend call which attracted models from across the country.

Auditions which ran last week from Thursday to Saturday saw more than 25 girls making it to the provisional boot camp selection.

“A lot of girls are still coming to our offices to audition and we have decided to extend the call to accommodate as many girls as would want to audition,” she said.

“I think this year is going to be a tough one to chose a winner as we have seen a lot of beautiful, intelligent and confident girls,” she said.

She was impressed by the level of commitment shown by others who travelled from far away places for the audition.

“We have had two girls who flew from Canada and South Africa specifically for the chance to represent their country as a queen, we have also had girls from Bulawayo, Gweru, Mutare, Norton coming for the Miss World Zimbabwe auditions,” she revealed.

The winner of this year’s Miss World Zimbabwe will take over from Cape Town groomed Chiedza Mhosva who went on to represent the country in China.

The film and acting student with the University of Cape Town walked away with a $20 000 prize money and a brand new car.

Last year’s edition also had a royal touch to it with first Princess crown going to Gokwe’s Evelyn Njelele who is the daughter of Chief Njelele.

For those wishing to audition, visit the Miss Zimbabwe Trust Offices at 14 Boundary Road, Highlands. (Eastlea Side)

Voting for the Miss World has begun.. Here’s how you can vote Belinda

Welcome to Miss World Zimbabwe, Where Everyone is a Winner!