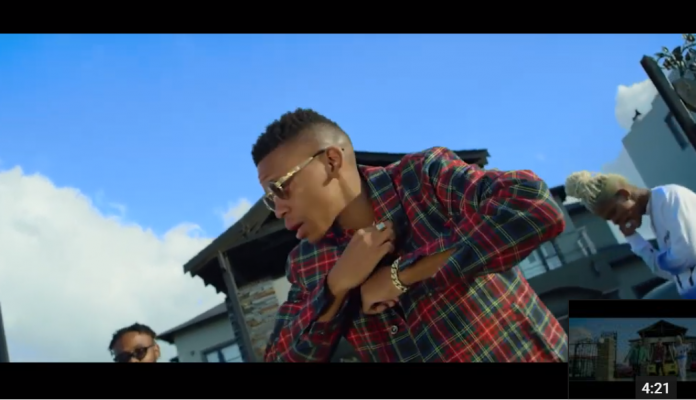 I’ve been out of the loop for a while and being back is reminding me of my first swimming lesson. It was too much,  too much water,  too much me.

Trying to catch up with Zim music is the same. There is too much, I’ve been sent so many video links, some bad, some good,  some meh.

Out of all the “hip hop” ones this one is pretty lit and since its Friday I thought it should be on your playlist  “Wacko” by King98 featuring Nasty C and Laylizzy.

So the person who sent me this said King98 is the Prince of Zim Hip hop. Now a lot of hip-hoppers have claimed this title and most turned out to be clowns.

This video has no clownery in it. The camera work is exceptional, it almost seems as if the camera is doing a side to side dance and can dab at any moment.

This, in turn, makes you super hype and before you know it you are moving your head side to side too.

The lyrics themselves are not bad its got your usual grandiose,  married to the game so I put a ring on it metaphors, you know I got money now bars, what can I say it’s hip hop people.

Nasty C and Laylizzy do what they do best but I was impressed that the King went toe to toe with them. Not only that he manages to shout out Zimbabwe and make the chorus catchy.

“Never gave up, now I’m dancing, moonwalking to the money, Michael Jackson. !!! Listen this video dropped this morning and I have caught up with the lyrics.

The shots from dilapidated flats and young hopeful boys, to the boys chilling with big boy toys and grown girls actually tell the story.

That they never gave up on this hip hop thing and now they living every Hip Hop artists dream. For once someone actually used the imagery right. I like this one,  out of 10 I’m going to give it 7Buzzes and a spot on my playlist.

So a toast to everyone whose dreams are coming true because they never gave up and they are Wacko Jackoing their way to the money and the lit weekend.

Sound off in the comments what you think about the song and the video ..