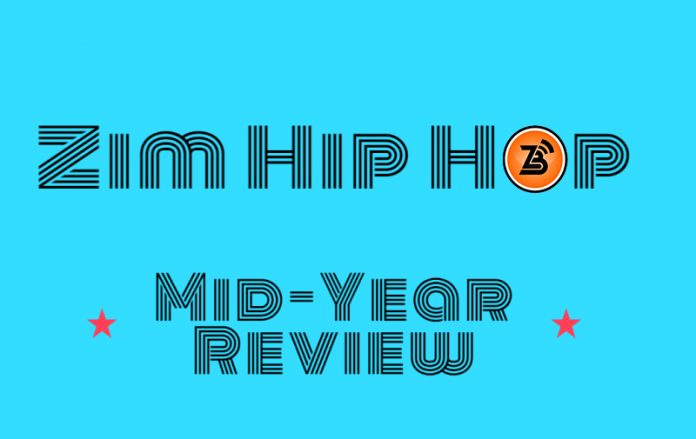 It’s been a challenging year so far due to the impacts of the Covid-19 pandemic but it has also been a memorable one in the Zim Hip Hop culture.

2020 has been plenty for rappers like Asaph, Ti Gonzi, and Crooger who have invaded the scene by force (zveGinde).

Apart from loving music, Zim Hip Hop has a distinctive affection and energy that gives a holistic reflection of the urban lifestyle.

For a major part of this year’s first half, Asaph is undeniably amongst the biggest winners.

His verses on top-performing hits like Monate Fela, Ginde and his single Like So have helped the rapper navigate streets beyond Bulawayo.

His latest release Wish I was A (Shona) captured the rapper’s frustrations as he tries to break through the language barriers he also recently dropped his 2020 mixtape titled 80’s baby.

Crooger, Ti Gonzi and R Peels are also the top names this year with decent hits dominating the genre’s charts.

Reigning NAMA Best Male artist Ti Gonzi although he has been embroiled in some controversy with producers (Marz) and his own management is almost done with his 2020 album and the streets are looking forward to the drop.

In a reverse of events, R Peels said Eke (pardon me) and disassociated his controversial self from the music to chase the greens with his album coming in August.

A commercial endeavor that is backed up by 3 decent hits this year Landlord, Eke and Andiroya.

We have had 2 heavily subscribed challenges #ginde and #eke this year and these initiatives are keeping hip hop alive.

Of interest is how Gze went hard on Eke challenge dropping bars and adding visuals to ascertain he is indeed a godfather in this culture.

Last year’s biggest award winner King 98 continues to grow by leaps and bounds, his regional moves have been a blessing to the growth of the culture.

His release with Diamond Platnumz broke all records by reaching 2 million Youtube views in 48 hours.

Mclyne Beats is another special talent on the scene, recently joined forces with Mastermind Records in his new home South Africa.

Likewise, Mclyne sent us some returns from supposedly greener pastures down south by dropping an EP Formula rich with comic and stoner bars.

For the sake of giving an update this compilation won’t dwell much on reviewing the endless works put in by rappers this year.

An annual cry over femcees not being consistent remains in 2020 despite new voices registering some presence.

Nova Bleq from the East (Mutare) is an exciting prospect with deeply written lyrics in her raps.

Natasha Muz is doing much on the commercial path with collaborations featuring dancehall star Hwinza adding on to her few singles this year.

Black Bird who strictly adheres to authentic cultural Zimbabwean hip hop in her tracks has returned on the scene as well and do check out her new EP.

Multi Award-winning hip hop artist Trae Yung came through on the Candlelight Riddim addressing the love subject in her new song with the same title Candlelight.

Indigo Saint and Jungle Loco who have assumed the tag ‘underground’ brought us albums worth giving ample time to digest because of their well-roundedness.

The ghetto seems to be alive in hip hop especially with the emergence of up and coming chanters like Tanto Wavie, Saidi and Dough Major who are so powerful in storytelling ghetto chronicles.

Features on Pungwe Sessions, a star-studded line up on the album proved Michael Chiunda and SokoMatemai are forces to reckon with, and the year 2020 has so far brought fortune to their careers.

And today Blacperl dropped her new single titled Coulda Ka , look out for a Zimbuzz review by end of day

R Peels speaks about his Music, the Awards,his friendship with Ray Vines & more

Thoughts On Ginde By Crooger, Asaph And Ti Gonzi – The Review