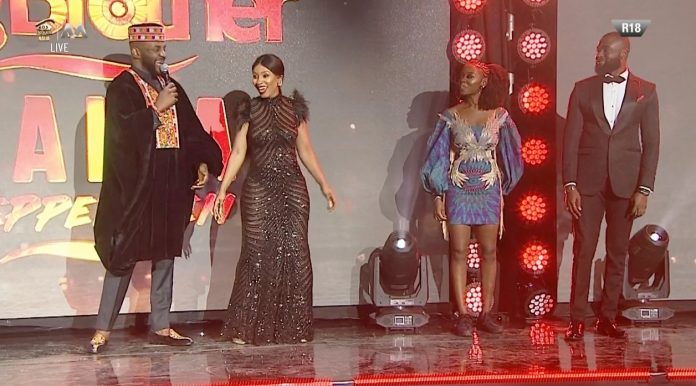 The live show marked the premiere of the show’s fourth edition and viewers all over the world were privy to the excitement on stage live on DStv.

Speaking on the season, Ebuka Obi-Uchendu also used the platform to announce the theme for the season tagged “Pepper Dem”.

Twenty-one new housemates for the season were unveiled at the launch along with the surprise announcement that the show has been extended by one extra week taking the new season to 99 days in total!

The new housemates have an array of exciting career backgrounds including a part-time stripper to a Lawyer and a music video vixen.

Along with the riveting careers, BBNaija viewers on DStv were treated to high-energy performances from award-winning artists Teni and Burna Boy with DJ Neptune entertaining the crowd as the night’s resident DJ.

Viewers were given a truly Nigerian musical experience with Burna Boys’ hits like ‘Dangote’, ‘On the low’ and ‘Killin dem’’. One of the major highlights of the night includes Teni’s performance was of her hit song ‘Uyo Meyo’ which had fans hyped as they welcomed more housemates.