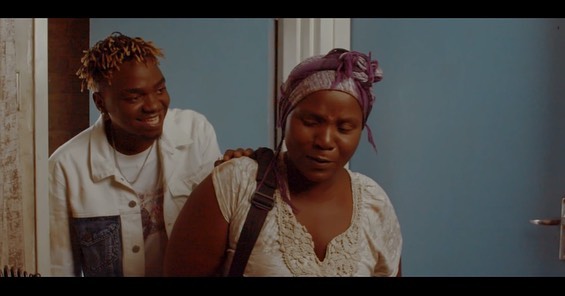 Ishan has blessed us with an early Christmas present and ironically it’s called December.

Some people were already labeling the Kure Hitmaker a one-hit-wonder, but basing on the string of Singles Ishan has been dropping, he is certainly going to shake off that one-hit-wonder tag.

The new single titled December which is off Ishan’s upcoming EP Bundu Pop brings out everything we tend to love about the NAMA award winners’ music.

The song is an intricate dedication to Ishan’s mother and you can feel that it was a rather personal dedication that hits all the right chords and anyone can easily relate.

The lyrics are perfect, and the vocals are laid seamlessly, which has become quite a trademark in his music.

Rayobeats did a splendid job on the production, which he has been doing on all the tracks he has worked on this year.

Adding a Gze verse on the track was a masterstroke, Gze went in hard on the smooth instrumental.

With his laid back flow, maced with hard-hitting lyrics, everything came together perfectly.

Overall the song is great and has great replay value.  Another great thing is for the visuals they partnered Sendittoo.

It’s quite amazing how the corporate world is partnering local musicians.

Check the song out here

Ti Gonzi and Ishan got a Million!