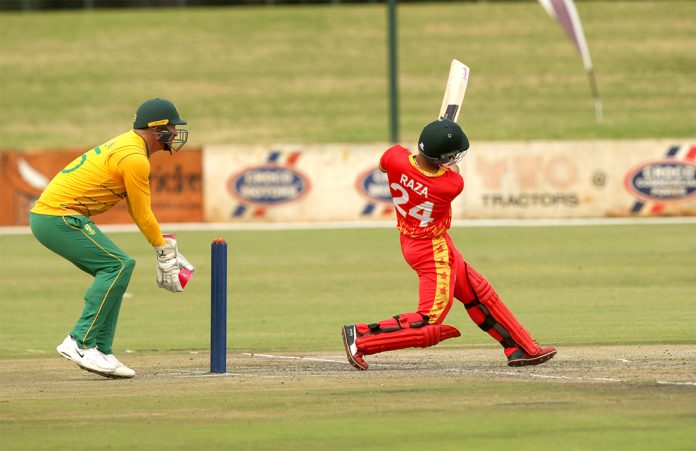 Sikandar Raza played a brilliant innings of 82 as he spearheaded a spirited fightback by Zimbabwe XI after South Africa A had run up a huge total of 224 for four wickets in the third T20 match between the teams at Harare Sports Club on Wednesday.

After the tourists won the toss and opted to bat first, the home side were under the cosh right from the first over, bowled by the usually economical Wellington Masakadza to Lesiba Ngoepe, who hit him for three fours immediately.

Then when Tanaka Chivanga came on, Reeza Hendricks took care of him with a four and a six, as well as three singles in that over.

Fours flowed so readily that after seven overs the South Africans had already reached 84 runs without losing a wicket.

After this, the Zimbabweans were able to put their field back and contain the carnage to an extent, until in the 13th over Hendricks, after hitting Masuku for two successive sixes, went for another big hit and skyed a catch on the leg side.

He had scored 77 off only 35 balls, with four sixes and nine fours, and the score was 142 for one wicket.

Wihan Lubbe did not last long, making 10 off eight balls before he was caught off a leg-side hit from Sikandar Raza at 163 for two in the 15th over.

Heinrich Klaasen came and went for three off six balls, another leg-side catch removing him off the bowling of Tendai Chatara.

Ngoepe now went into overdrive and, after hitting Masuku for a six and four off consecutive balls, reached a brilliant century off only 57 balls.

The score raced past 200, and Ngoepe survived until the final ball of the innings, when he was caught in the deep off another big hit for 114, scored off 63 balls with five sixes and 13 fours.

Tristan Stubbs was not out with 17 off nine balls, and the final total was a massive 224 for four wickets off the 20 overs.

The four wickets that fell were divided among Chatara, Chivanga, Masuku and Raza, but all the Zimbabwean bowlers went for at least nine runs an over.

Chasing such a challenging total, Zimbabwe XI their work cut out, but wickets soon fell. 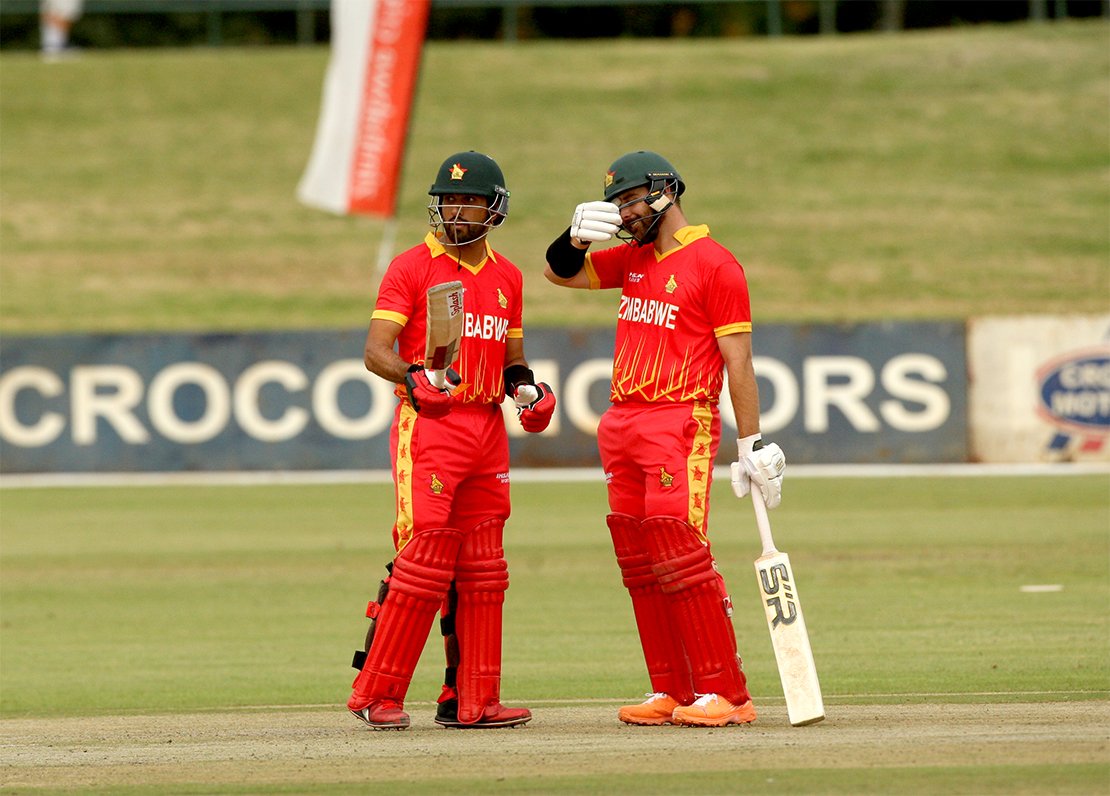 Takudzwanashe Kaitano was out for one in the first over, as he drove Bjorn Fortuin for a simple catch to mid-off.

Wessly Madhevere was caught in the deep from a big hit off Lizaad Williams for 19 off 11 balls, while Craig Ervine edged the same bowler to the keeper for 14 to make the score 34 for three after four overs.

Raza and Tino Mutombodzi came out hitting and the team fifty was achieved in the sixth over.

Mutombodzi faced eight balls for 13 runs and was caught in the deep off Gerald Coetzee at 57 for four in the following over.

After 10 overs, the score was 81 for four, with Raza and Ryan Burl together.

Raza in particular hit out brilliantly, reaching his fifty off only 30 balls in a sequence of four successive sixes off Jason Smith – 28 runs came off that over.

Burl, with less of the bowling, did his bit with 30 off 16 balls before falling to a catch at deep midwicket off Coetzee.

With Richmond Mutumbami as his next partner, Raza continued to hit brilliantly, and he blasted Hendricks for two successive sixes before playing the third delivery on to his stumps.

Mutumbami miscued a stroke to be caught for 12, while Masakadza was caught for eight and Masuku yorked for 10, the score now being 195 for nine with five balls to come.

The last man, Chivanga, sliced a four past third man and then took a single to bring up the 200, quite an achievement.

The score at the close was 202 for nine wickets, giving South Africa A victory by 22 runs.

Of the bowlers, Williams took three for 38, while there were two wickets each for Fortuin and Coetzee.