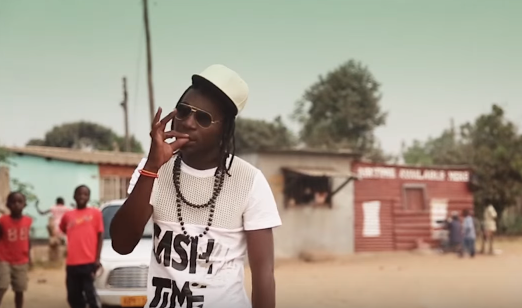 The later half of 2015 definitely belonged to dancehall chanter Dobba Don with his hit track Mudendere which sits on a very infectious beat made by Oskid, now he has released a video to the track.

The video which aptly depicts the lyrics in the song features fellow dancehall star Soul Jah Love and a whole lot of crew from the famous Chill Spot family.

Talking about everyday struggles and harsh realities in the ghettos of Zimbabwe, the director Simba Gee of Eastern Eye Media Production went for simple but very engaging shots.