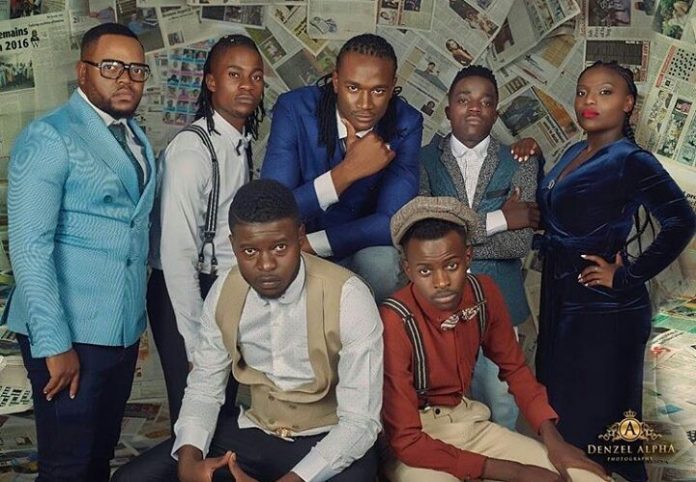 Military Touch Movement founder and artist Jah Prayzah has made an announcement that he is cancelling all existing MTM contracts.

The move leaves Nutty O somewhat ‘stateless’ as the dancehall singer had earlier in the afternoon distanced himself from a statement made by his manager that he was leaving MTM.

Nutty O left people confused as to what could have happened between his management and his handlers at Military Touch Movement as indications were that the young chanter wanted to leave the movement.

In a statement, Jah Prayzah said he felt he had played his part by uplifting the talent and that they too were now in a position to groom other artists.

“I feel everyone who was involved in MTM is now in a position where they can now also take part in grooming and raising more talent out there,” he wrote.

“I have done my part in putting in the little resources I had at that time but do feel the artists have outgrown the label and though it is painful, I feel it is the right time to release them and also terminate all contracts that were in place,” he added.

Read the full statement below

When I started MTM, my dream was to have a movement that is driven solely by the ambition of the artists and producers involved in it. It has been 3 years since we began the journey and I can say it has been fruitful.

We have shared so many joys as a team and joys I will continue to cherish and celebrate. Like any other organisation we also did share our lows and again we went through these together.

Today we celebrate superstars who have been housed in MTM and that was part of the mission, for us all to grow together and celebrate our achievements together. I feel everyone who was involved in MTM is now in a position where they can now also take part in grooming and raising more talent out there.

I appreciate the trust that was given to me by these artists who are now brands and also for the privilege of working with legends like ExQ who have been in the game for so many years even before the start of my musical career. It is not an easy process to be able to trust putting your brand under someone else’s umbrella.

I would want to let the whole of Zimbabwe and other global music lovers who have been following our journey that it is now time I let these superstars go out there to concur the world in music and I have so much confidence in their ability to do so.

I have done my part in putting in the little resources I had at that time but do feel the artists have outgrown the label and though it is painful, I feel it is the right time to release them and also terminate all contracts that were in place. What is important is the growth of talent as opposed to any return on money put in, again I repeat this was a movement put in place to encourage growth and not for profit.

Under the same light I would like to categorically put it on record that until now and going forward, I do not have any amount of money that I collected from any of the artists who were involved in MTM.

I would, however, love to thank the producers, Tamuka and Rodney for the role they have played in helping me grow musically. They have played a very significant role and my music would not be where it is today if not for them. I can never thank them enough or in any way that would really show how much I appreciate their efforts.

I would like to applaud Tamuka on the start of Mushroom Media, a dream he has always had and he also took time to brief me about the project. I am proud that under MTM he has achieved what he always dreamt and dared to achieve.

I did personally give him my blessing and would like to make it known out there too that I fully endorse the start and growth of his projects and cannot wait to release my first song recorded at Mushroom media.

Having been subjected to so much abuse at some points in this journey, I have become really skeptical about recruiting new artists under MTM as this in many occurrences has tainted my brand.

The main objective, however, was not to get praise from helping artists achieve their dreams. I have decided, I will proceed with finding other artists from the grassroots and will put in my effort to ensure they are talked about and their music grows. For them it will also come a time when they will also have to go out and spread their own wings and not under any umbrella.

I wish my team all the best,

I have not left Military Touch Movement — Nutty O