Home What's Buzzing It was a Mass Murder Scene as Noble Stylz hits hard at... 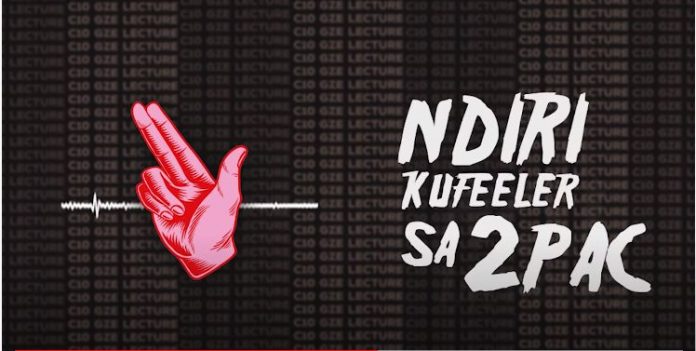 Hiphop heads and school of hardknocks would hate for the younger generation to look at today’s rap “beef” and think that’s what it was always like.

Grabbing a notepad and stepping in the studio with bellicose bars of fury has been replaced with slick-talking and sneak-dissing via 240 characters on Twitter, WhatsApp or Facebook, which is the rap-beef equivalent of showing your support for a tragedy with a flag filter.

While there are now many who weren’t yet drawing breath when rap beef became a significant part of hip-hop, two top Harare lyricists – Noble Stylz and Gze – grudgingly connived to take on each other for the reasons best known to them.

Even if you were busy concerning yourself with actual news like, special COVID-19 cases or all the political shenanigans that has been taking place on the Zimbabwean scene you still couldn’t miss the funeral procession led by the Masofa Panze emcee AKA Noble Stylz

GZE dropped the Jnr Brown-assisted or say sampled over 6 minutes record and was pretty much convinced he had run away with the damage.

As if to give Gze enough time to celebrate his quickly won triumph or maybe to absorb the punches, Noble took time to respond.

And what was to come was a mass-murder scene!

Noble picked up his mojo back and dropped “C10” a scathing record sampled from 2 Pac’s Hit Em Up.

By his standards he said he had held back in the initial response ‘GZE lecture’ and C10 was him proving that he is a master of the rap craft.

On it, the “Chana Chidokosa” wordsmith sounded mighty angry, but given his feud history, it isn’t a reliable barometer because he always sounds intimidating in the booth.

Again, since Carl refuses to keep quite, Noble hits at him.

As for Gze, Noble calls him out for allegedly sowing seedings of tribalism between Ndebele, Shona and Kalanga people, dismally hitting on Trae Yung and Blac Perl to blatant rejections.

He again went into the Gze camp and stirred some waters, revealing how GZE had bemoaned his treatment by Beggoten Sun and how they stole his song Maria, which went on to be a Jnr Brown hit.

He did’nt spare others as he dug in deep, saying Jnr Brown slept with ‘the other guy’s’ ex-wife. Social media was quick to say the referenced person was producer Take Fizzo.

Power FM DJ Chamvary even asked GZE this afternoon if indeed Jnr Brown had slept with Take Fizzo’s ex, something he dismissed.

Power Fm was again in the mix as Noble gave Mariachi, of the defunct rap trio MMT his share of the rap guillotine time on the record.

Apparently, according to the song Mariachi was fired from Power FM for demanding bribes from artists.

While the two seem to enjoy throwing trading barbs at each from a distant place Noble said he was waiting to hear from Gze when they can battle it out live on TV, as the prize was already in place.

Ruthless as he is he always gives his bitter medicine laced with doses of some comic relief.

As the rappers are still in trenches, there is an anticipation for more exchanges. The team here will make it its priority to break it down for you as we go.