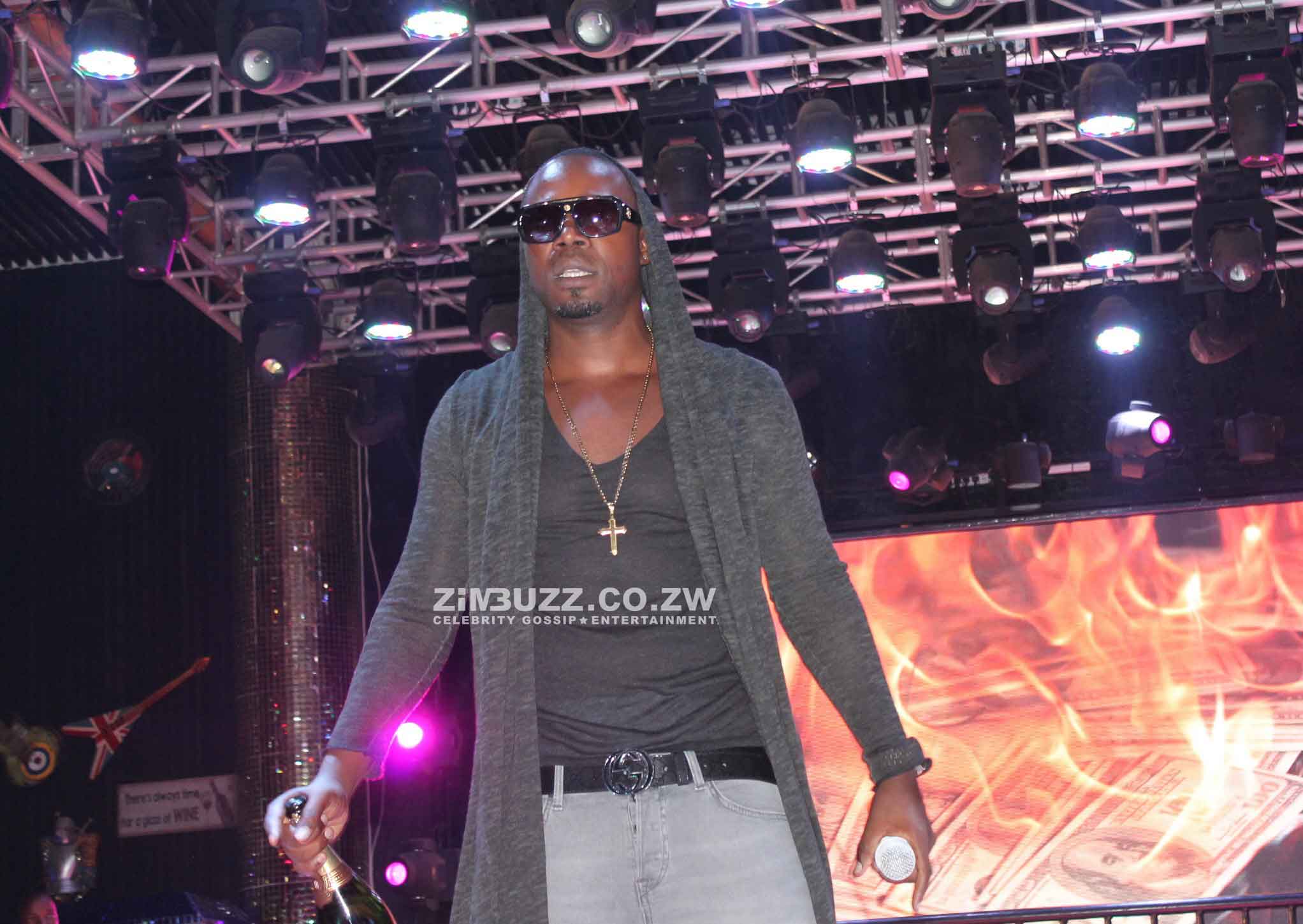 Rapper Stunner yesterday added his voice to the long winding list of artists who are complaining about a raw deal they are being offered by music video director Vusa Blaqs.

Stunner touched on a lot of issues in his rant that included accusing Blaqs of sabotaging other artists works by delaying the release of their videos.

He gave an example of how Takura had to wait a long time to get his video for the song Mungandidii, a product which Stunner said was done badly by Blaqs.

He also said his ex-girlfriend Pokello had a bigger following that Jah Prayzah.

And Blaqs responded by saying that Stunner had touched on important matters which needed to be looked at.

“Stunner Da Des thank you for the reality check. It’s humbling to be chided by the vets in the industry. I have nothing to hide. What you said is the absolute truth. We take such criticism as we grow. It hasn’t been easy but we get better

“What you said is the absolute truth. We take such criticism as we grow. It hasn’t been easy but we get better every day. God bless you and your hustle. Peace,” he said.

You can read the full story on Stunner’s rants here.

Zimbuzz unearths the real story behind the feud which has many fans and readers baffled as to how it all started.

In our previous article, we gave a brief biography of who the director in question is.

Vusa Blaqs is currently one of the most sought-after video directors whose works have managed to change the face of the Zimbabwean music industry and has been hailed by many as a game changer.

He has done star quality videos for Ex Q’s Bhachura which has reached a million views a few days ago, he also did Ammara Brown and Chengeto’s Whatchu Want, Extra Large’s Papi Pacho just to mention a few.

Information gathered by Zimbuzz show that a number of artists are up in arms with the video director who has been accused of deliberately delaying the release of their videos.

Stunner then took it upon himself to speak on behalf of all the aggrieved artists.

Commenting on a Zimbuzz article on Facebook, 8L’s manager Fungai Chaks fired a salvo at Vusa Blaqs confirming what Stunner had said about the video director.

“Not far from the truth Vusa blaqs (can’t tag he unfriended me)….Not only #team Takura SoulAfrika Tannia N’yasha Ngwena even us clientele money Blessed Zikali won’t get much into detail but we finally got the video after 5 months should I get into Tamy’s own??? Talented director but his character is without excellence!!! Munhu wese kuna Andy Sobhuza #dependable, ” she said.

“We the creative community are just trying to get him to be accountable. We appreciate his talent already hence why we commissioned him to do the jobs in the first place! Don’t over promise only to under deliver – it slows our progress down as an industry,” she said.

She also thanked Stunner for letting people know the truth.

“I am tired of the b*** sh*t served up in this industry!! #ThankYou for speaking out. Fighting for excellence and growth,” she said.

Zimbuzz can also confirm that Boom Beto paid in full for the production of Kudonhedza Musika video in  February but the video hasn’t been shot yet.

A source within Boom Beto’s camp said that Vusa Blaqs had been dilly-dallying around the issue.

“The song has now lost its relevance even if the video came out today, a transfer was made to Blaqs but his management has been shifting goal posts in providing us with a production date,” the source said.

Vusa Blaqs, however, said Boom Beto had decided to do a video for a different song.

“The Boom Beto situation (sic) they decided to do a different song, that is an ongoing business transaction which is confidential,” he said.

However the source told Zimbuzz that they had decided to shoot another video because of the delays caused, and management made a decision because they don’t think Kunonhedza Musika is still a hit song.

Other videos that we have been told to be causing a lot of conflict include Beautiful/Ndozvandiri by Tamy featuring Takura and Doba Don.

Another source within the ongoings said that they were still awaiting their video but with no official communication coming from Blaqs.

“I have been having conversations with Tamy’s management who are also her parents after I did the first cut of the video I won’t lie to you they were not impressed they thought maybe we should probably re-shoot or re-edited or something,” said Blaqs about the situation with the Tamy video.

He said that he was not holding anyone’s work.

“I never deliberately hold on to a project. It’s my job to make videos why would I hold anything back,” he added.

Killer T’s video ‘Bvunza Tinzwe’ is said to have been delayed also only to be released after Killer T had threatened to take action.

Killer T’s management, however, did not respond to questions sent to them by this publication.

The video was however released but without the branding of Blaqs, making it difficult for people to know who directed it.

Another video which is also at the centre of the contention is Tehn Diamond’s ‘No Stress’. We sent out questions to Tehn Diamond a month ago to find out about the said rumours but he didn’t respond.

This morning  (19 May 2017) Tehn Diamond released the video but it was done by a different director, one Mr Galston Anthony, confirming that he too had a fall out with Vusa Blaqs.

There, however, is a conspiracy theory that has been doing the rounds in the showbiz, artists who spoke to Zimbuzz said Vusa Blaqs is now associated with Jah Prayzah Studios, therefore, they are sabotaging other musicians works.

“They are sabotaging the industry so that only Military Touch Movement works are pushed, look my brother they have a dancehall artist in the form of Nutty O, so they won’t release a video from a competitor like Boom Beto or Killer T,” said one artist who requested anonymity.

Zimbuzz contacted Jah Prayzah’s manager Keen Mushapaidze a month ago and he dismissed the allegations saying “I have not heard any complaints of such nature.”

Contacted for comment yesterday Vusa Blaqs said he was not sabotaging anyone but instead opening doors for many artists.

“That is not true. I’m doing the opposite of sabotage. Look at my work. It speaks for itself. My work has opened doors for many people. I feel It has somehow restored national pride,” he said.

“Be reminded that I didn’t get this far by sabotaging people. I’m 100% dedicated to every project that comes my way and I try to give my creativity space to refresh so that my products don’t look the same.

“I would say to these artists I have not forsaken you for anyone or anything.

“As a human being, I make mistakes and fail. It’s part of life but I will never ill-treat anyone to please the next person. I have not come to destroy but to build.

“I urge the public and artists to keep supporting us because we all trying to achieve the same thing: Make Zimbabwe great with the talents that God gave each and every one of them

“What I have learned from this whole fiasco is that people are expecting a lot from Team Blaqs and we are humbled by the response we have been getting.

“We have already put measures in place to increase capacity. Soon the world will see the change. Once again thanks to the viewers for the overwhelming support,” he added.

It still remains a mystery how all the said artists who are accusing Blaqs of a contract breach have not taken legal action against him if indeed the allegations are true.