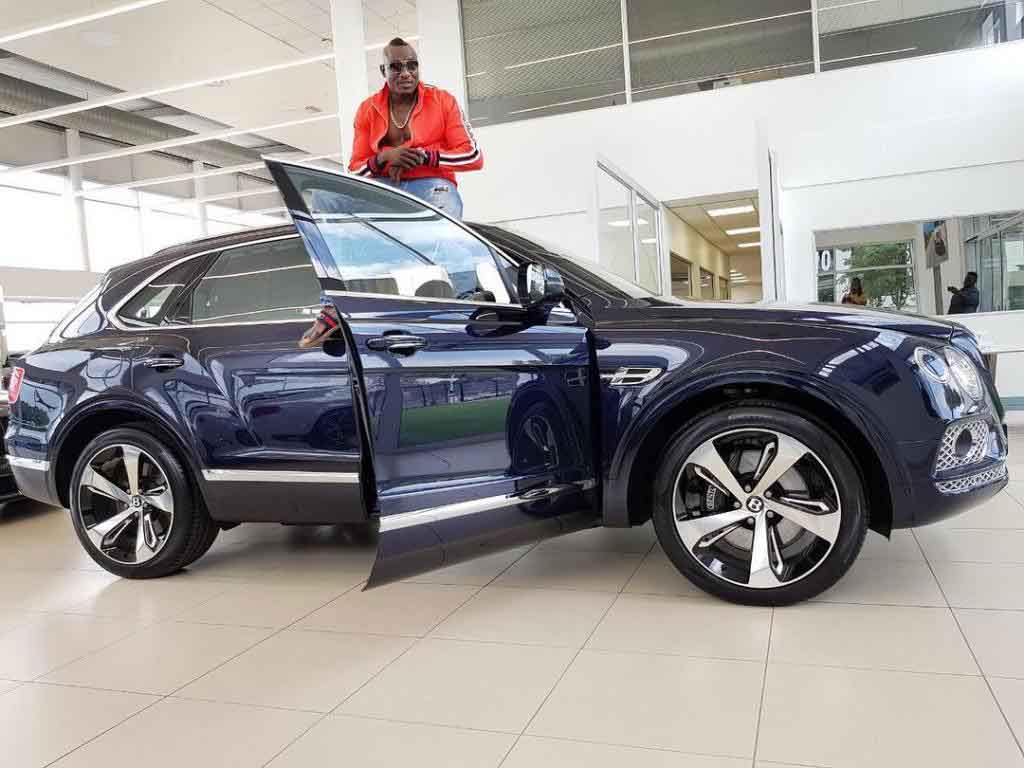 Businessman Genius Kadungure aka Ginimbi flaunted his R4 million Bentley Car but Twitter was in stitches after he suggested that Bently manufactured its own iPads and that they are not from Apple Inc.

The word that Ginimbi was looking for was Tablet or Tab but he ended up doing the ‘all toothpaste is Colgate’ mistake and Twitter roasted him for it.

Last year in October we reported how  Ginimbi was finding his old cars irritating and posted on Instagram that he was going to buy himself a new car.

In the video, he said he was going to buy a brand new Rolls Royce to celebrate his birthday, you can read it here

Well, hours later, he has kept his promise and has spoiled himself with a highly expensive car.

Here is How Twitter reacted to the Bentley iPad

Ginimbi says "my guy" after every two words my guy

how he pronounces and describes GOOGLE is just GENIUS!

spare a thought for a GENIUS who just found out that you can GUGU from an iPAD in a BENTLEY! I can gugu on a HUAWEI in a COMBI NICCA!